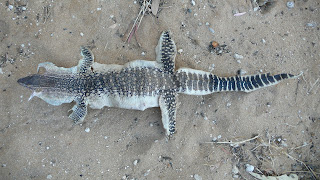 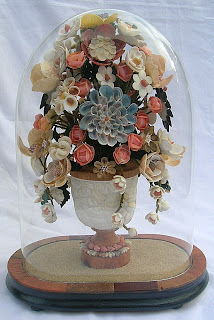 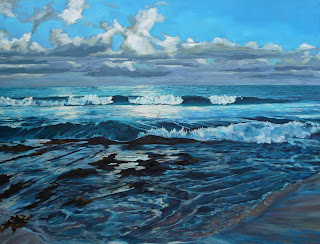 CREATIVE CASUALTIES
In overnight temperatures approaching 40 sleeping with Betty Swollocks can only be fitful. No air movement, no cloths and not even the lightest of covering the entire night spent dozing in a shallow dream-filled sleep. I awake dazed at predawn as if from an all night cinema showing X rated children’s horror films where people are transformed into sugar coated icing their limbs so fragile and yet irresistibly tasty. I visit other-worldly places where a Scottish peat bog borders soft white sands and mountain crags rise from hot foaming seas, where giant birds wearing wellington boots and plastic raincoats talk earnestly of wanting to remodel their ostentatious Palladian abode, and as the tsunami approaches I attempt to save only the most valuable and rarest from the museum supermarket shelves.
For the past two days I’ve been putting up plaster board lining and I marvel at just how fast Mat can work in such heat, the sweat dripping from his brow as he swallows another glass of cool water replacing the 15 beers he had the previous night. A vague smell of something rotting drifts across the back of the house from the bush, perhaps that magpie I buried a few days back. The speckled breast feathers joining those of a green parrot, a black duck and a Sparrow Hawk. Bird road-kill is surprisingly low particularly with small birds given the speed at which vehicles are driven but maybe the lack of bends means they receive sufficient warning of oncoming cars. There is however plenty of foxes rabbits and kangaroos that fail to apply the green cross code and while staying at Boyup Brook I witnessed a sheep explode on the roo-bars of an oncoming car.  My peripheral vision skims the verges for any likely casualties and this trip I’ve skinned a particularly well-marked Racehorse Goanna and a large blue tonged lizard or Bobtail. Like the one and a half meter long Carpet Python I skinned a few years back these will go to cover boxes. There is a certain risk in transporting reptile skins it being illegal even with photographic evidence that it was indeed road kill, that changes nothing in the eye of the law but to my eye there is a beauty that I can not resist and that I know I can transform into something spectacular.
Posted by Hebridean dreaming at 2:55 AM